So you know, I'm in a new city - Scottdale, Georgia (Atlanta/Decatur Suburb) and it has been a new experience in going to the neighborhood grocery stores. I started having car trouble right before moving and had to part with my beloved Beemer. :(

Therefore the journey to get around has been a bit of a process. I have friends who have been kind and gracious enough to get us around, but I have also gotten out to learn to work the transit system. Overall it's pretty good, but my story goes like this:

I check the internet to find a store on my bus line that I can get to on one bus - (no train, no transfer). I come across this place called the Family Food Mart. I needed a few staples, bread, milk, snacks - Sounds like it might fit the bill. I take my adventurous son Jordan with me and set out. (He's real good about carrying bags and never complains).

Anyway, we hit the road and get to the store which is actually in the middle of a heavily populated middle eastern/Muslim community and the store - Family Food Mart - is actually a Halal market. For those of you who aren't familiar with that, it's the term used to describe the way Muslim people prepare and eat their meats. Halal means lawful or permitted and under Islamic laws halal meat and poultry must be prepared according to established Islamic rites.

I guess in a nutshell it's nothing particularly wrong with this and as the nice man behind the counter explained, "It's the way we choose to handle our food and it is fresher than the Kroger or Publix."

Well since the Kroger and the Publix were not in walking distance and it was 99 degrees in 'Hot Georgia', I began the process of haggling with the man in the Muslim cap to come up with a reasonable price for some chicken. I also came out with fresh ground pepper in a plastic container and a bag of rice with a twist tie.

When we left I asked Jordan what he thought of the store and He said he didn't like it. He didn't like how the men gathered together in a tight space (the store was small) and he thought they talked to loudly. He said they made him nervous and I reminded him that it was the same thing that is said about young black teens. He was also a bit concerned that the chicken was in a plastic bag instead of the Styrofoam tray you get a Kroger.

Well let me tell you, we brought the chicken home, washed it, fried it up in a pan and enjoyed it for dinner. Was it a new experience? Yes. Was it different than what we were used to? Certainly. Did we have to stretch beyond our personal preferences? Absolutely. 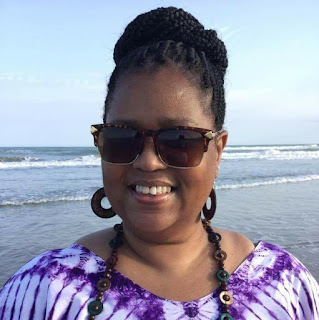 When Life Has To Become New