What Are You Waiting For???

It's time we stop hiding behind our fears and inadequacies and truly start living for the Lord!

Living with His purposes and His intentions as our motivation and not just our own. For the vision that He's given to each of us, is for a set time and that time is NOW! Some of us have been sitting on ministry visions forever, waiting for something to happen... for a door to open... for someone to come and say, "Okay, you're ready!"

But Father would have you know, that no man can change or order the declarations and intentions He's spoken over your life! Just because a man doesn't see the need or the vision, doesn't mean that it has no place or space in the kingdom. They can't see it because it's not their vision to carry out! It's not their assignment... It's Yours!!!

God says,  "For I know the purposes which I am purposing for you, says the LORD; purposes of peace and not of evil, to give you a future and a hope." Jere. 29:11 MKJV

So look up to Him for all you need and look up at the fields for they are white and fully bloomed, ready to be harvested! There is much work to be done in this hour... many lives that need to be touched, healed, lifted, encouraged, set free and delivered! 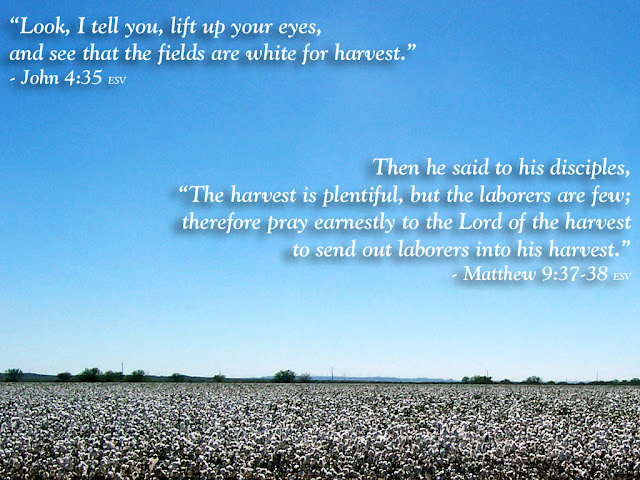 But I promise... those who God is sending you to reach have so much less than you, if they don't have Jesus! If they don't know of His love, His kindness, His mercy, His forgiveness, they are so much worse off than you can ever be! If they've never felt His touch or sensed His presence or heard His voice whispering words of love to them... Then they're in need of something that you have been able to freely enjoy! And if you've freely received, then the thing to do is to freely give!

If you don't know where or how to begin, then start by writing the vision out and praying over each aspect of what the Father has shown you! For within the vision you will find direction for it's execution and provision to bring the vision to past. God is faithful and anything He causes to exist, He will provide for!

So it's time to get up and step up! Shake off the hesitation and make a demand on heaven to release everything you need to accomplish this work for the kingdom! It's time for you to stop hiding behind your fears and take on the courage of the Lion of the Tribe of Judah!

Be Strong! Be Bold! Be Courageous... Be Filled with the Strength and the Courage of Our Almighty God and Step Up to Do All that He's Called, Chosen, Anointed and Appointed you to do!

In the Mighty and Matchless Name of Jesus!!!