When SILENCE is DEAFENING!!! 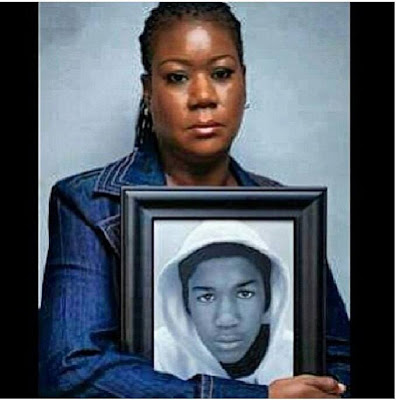 Like many in the nation, I have been on an emotional journey since the George Zimmerman Not Guilty verdict was announced. I was stunned, shocked, disgusted, hurt, numb...

It felt like a death in the family... All over again. 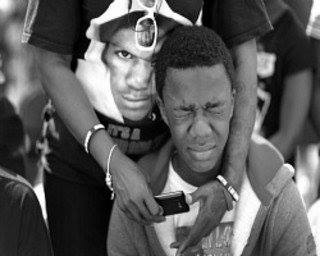 No, Trayvon Benjamin Martin was not my biological son... But he did represent the next generation in a family of Christian Believers, therefore he was a child of destiny, a seed of promise and my little brother in Christ! His life, his future and his destiny mattered to God and he mattered to his family and his friends.

He was Somebody's Child... 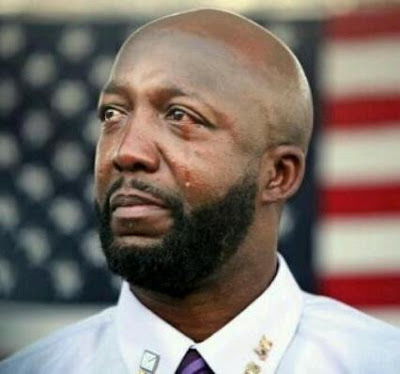 He was Somebody's Brother... 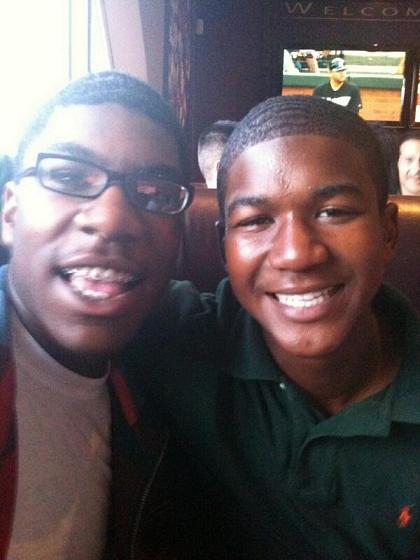 
In the light of his tragic death and the verdict that fell so far short of measuring up to the consequences of his murder, I find myself asking some very difficult questions:

Why didn't Trayvon's life, his future and his destiny matter to George Zimmerman that night?

Why is his life still of so little value to the Zimmerman family, that none of them have ever showed any genuine remorse for the loss of that young man's life?

Instead, they've spent an exorbitant amount of time blaming Trayvon for his own death, rather than taking responsibility for wrongly profiling him as a criminal, wrongfully taking his life and then continually lying to try to convince themselves and the rest of the nation that their lie is the truth!

After his death, Trayvon's email account was hacked by detractors who were looking to dig up dirt about him. To their surprise, there wasn't any evidence found of the thug-life he was accused of living. Instead, they found college applications, indicating his interest in studying aeronautics.

Contrary to popular belief, Trayvon dreamed of becoming a pilot, not a pimp! 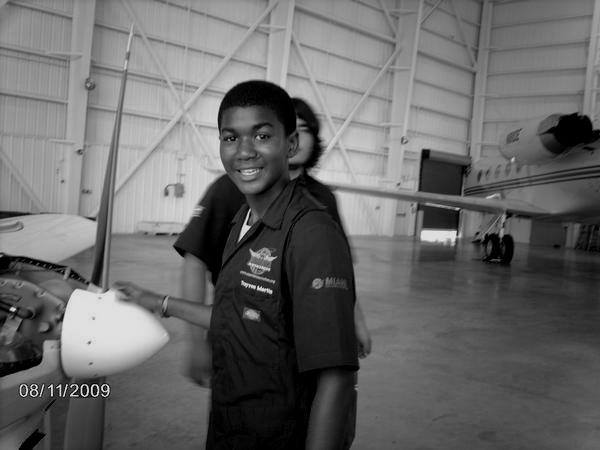 It hurts me deeply, that so many Americans... let me be completely candid... So many "White" Americans would rather believe the lies about this young man than to accept that a terrible, heinous injustice has taken place right before our eyes. I suppose that's why it's easier for some to believe the worst, label him a criminal and blame him for his own death; although he was unarmed and minding his own business, until a fear driven, armed man stepped into his life that night.

Yet as Christians, we're called to walk on a deeper level of love! And even though the Word of God teaches us that love believes the best (1 Corinthians 13:7), we've been conditioned by the enemy and society to believe the worst!

But now that you've heard the other side of his story... the truth about who he really was... whose report do you believe about Trayvon Martin? Was he a child of God, who needed to mature in his faith walk or was he the evil "black" criminal who was up to no good, that George Zimmerman mistakenly targeted and pursued that night?

Then when so many African Americans have raised our voices against the hate crime of racial profiling, why have we been accused of race baiting, as if we can't see what has happened again and again and again, whenever blacks and whites have historically ended up on the opposite sides of the law? This same scenario has played out, way too many times in this nation's history for African Americans not to see this train wreck coming!

So I beg you.... Please stop insulting our intelligence and have enough integrity to admit that racism is alive and well in this nation! Trust me, we wouldn't have to play the race card if whites weren't always throwing the denial card down on the table!!!

We're not stupid... We're not blind and we're not ignorant.

We know this case is not only about racism... We can clearly see that this case is about racism in the church because so many white Christians seem to care so little about Trayvon's life or his death!

This is painfully obvious to us, as the Family of God has come together to collectively pray and grieve our loss, yet so many on the white side of the family are noticeably absent and seemingly making no effort to show up at all! It's seems as if they're saying, that's y'alls business... You handle it over there and keep us out of it!

But doesn't Galatians 6:10 admonish us to do good unto all men, especially unto them who are of the household of faith? 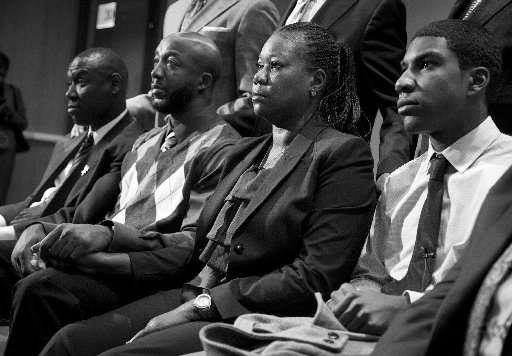 Yes! That's right... Trayvon's parents are members of the household of faith! They're believers who love God, love one another, they love their remaining son and they love their son who was taken from away them while trying to get home from the store. Trayvon wasn't looting, stealing, robbing or raping anyone. He was doing what so many of our sons do everyday of the week...

He was simply walking home... but he never made it!

That's a very real fear that every parent has fought against at some point in their child's life, regardless of the color of their skin.

And that's why so many of us are mourning... gathering together for strength and comfort... to help each other get through this incredibly sad time.

We're reaching up to Father, asking Him to help us all make it through and get healed and to move forward... 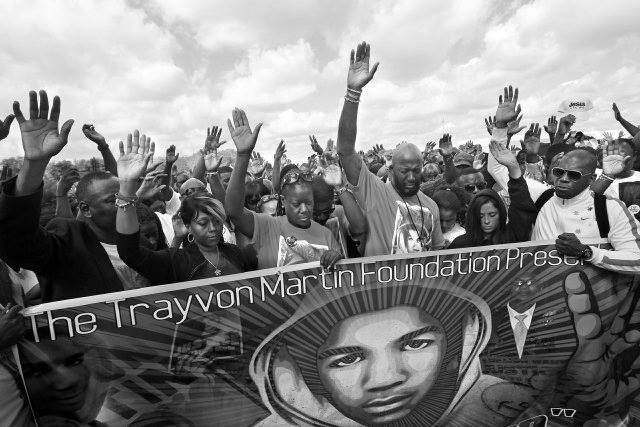 Even as we struggle to deal with this overwhelming sense of loss, we look to ALL of the family and reach out for support from our white brothers and sisters, but you are simply not there!

As we've searched your social media pages over the last few days, where we often go to get words of wisdom and inspiration in our daily walk, we find no comfort, no condolences, no encouragement... just silence!

Even after searching the social media pages of several major prophetic voices and Christian leaders of the day, who should have a word in season to them who are weary, we've been met with that same eerie silence... 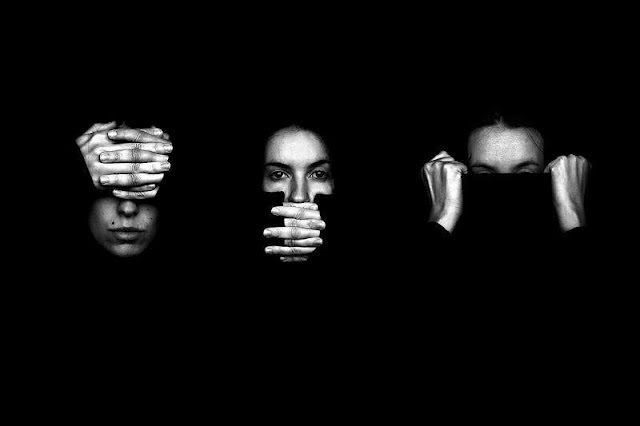 A silence so loud, that is only adds more pain on top of our anguish, as the realization sets in that either you don't care that we're hurting or you're severely lacking the wisdom to know that to say to us in this hour.

I tell you this... That is so hard to believe, especially when you normally have so much to say! And I keep thinking that you should have something to offer since white Christians die all the time and you seem to know how to bring words of consolation during those times.

But in this situation, in this case, concerning this son of destiny, we turn to you and we can't even hear crickets???

You're quick to respond when it's time to accept our tithes, offerings, CD and book orders... But why can't you find a way to share in our pain? Or at the very least, can you show enough consideration to inquire as to why we're so distressed? If your own foot suddenly felt a sharp pain, would you not stop to remove your shoe and see what's causing the discomfort???

We worship together... We pray together... We give each other prophetic words... We share the same Father and the same spiritual DNA... Are we not our brother's keeper, no matter what skin color our Father chose to clothe us in???

Clearly, parts of the Body of Christ are in pain and it's not okay for other members of the body to completely ignore our pain!

We all know this is an uncomfortable subject, but that's why we have the Holy Spirit - to comfort us, to lead us and to guide us into all truth and to help us come together and get wisdom on how to tackle these difficult issues.

And I believe that's exactly what our Father has in mind!

As I've examined and prayerfully considered all the elements of this child's death, I can clearly see the Father's hand at work in this hour. I can see a very clear indication that God is allowing all this to play out, to force the Body of Christ, (and subsequently the nation), to deal with our race issues!

The fact that so many people insist that this case is NOT about race, when there is every indication that this is ALL about race, it's evident that we just don't want to be bothered with this issue... Not Now, Not Ever!

This divinely orchestrated, glaring exposure of the underbelly of our ugly, nasty, hateful, racist ways, is a reality that we can no longer avoid confronting. Our Father has pulled the cover off of this foul, dirty secret sin that's been lurking in our hearts, behind our pulpits and between the pews of our churches - across this country - since this nation brought its first slaves to these shores in chains!

This culture of hate, violence, oppression and shameful silence, is being influenced and controlled by some very old, very ancient demonic forces, that have been around for a long, long time. We may not want to talk about this, but this is the meal the Father is serving up at His table! It's on His mind, it's on His heart and He's determined to deliver us out of the bondage of this evil work of darkness, whether we're ready to come out or not!

Believe me, there's a time to kneel and travail in prayer and then there's a time to stand up, cry aloud and spare not! As a Mother in the Faith and an Apostolic leader in this hour, I am lifting up my voice and I am extending my hands and my heart to ALL the Family of God!!!

Come now... Let us reason together! Let us come to our Father's table and bring mercy and truth together so that righteousness and peace may reign! Let's begin an open, honest dialogue about race and strife, and hate and indifference and fear and intolerance and shame and unforgiveness and all the enemy's threats of violence against our sons and daughters of destiny!

We cannot afford to lose another child of promise on our watch as each one is precious in God's sight!

Jesus died for them too.

God placed purpose inside of them too.

The Holy Spirit leads, guides and speaks to them too and as parents, we love them too!


Apostle Melissa Ewell Miller
A Mother with Four Sons of Destiny ~
A Missionary, A Marine, A Prophet and A Great Debater... All Great Young Men of the Kingdom!


*Educate yourself on our troubled history with the criminal justice system by watching this PBS video called Slavery By Another Name -  http://video.pbs.org/program/slavery-another-name/
Email Post