Learning to Love Beyond Color

I've been experiencing an interesting journey here lately and I felt led to share it... I hope this helps someone!

"I could never see myself with a white guy!!!"

"I could never see myself with a guy who was homeless!!!"

Trust me, I could fill in this blank with any number of limitations and criticisms! When it came to dating someone of another race or someone who was struggling in their financial status or living in a homeless situation, I was totally and completely closed to any of that!!! That is until God put His finger in my chest and started showing me the ugliness that lurked in my own heart!

This challenge started with a conversation I had with an African American sister, Bobbie, who I discovered, had been married to a caucasian man for 18 years. I was literally floored when she told me that because I've always admired her afrocentric style and flavor! Nevertheless, Bobbie shared some much-needed wisdom as she firmly challenged me to Learn to Love Beyond Color!

The other major stronghold God came after, was seriously cracked when I read this article on a couple who was brought together by God while living in a homeless shelter! Check it out... It will bless your heart!
http://www.essence.com/2014/01/15/bridal-bliss-against-all-odds

I've learned, when God puts something like this in your face, you have no other choice than to listen up and get real about your issues! And thankfully, after being examined and judged by God, and found wanting, I had to repent and ask God to change my heart.

Thankfully He did just that and then came the test...

A few days later, a gentleman walked into my life, who was kind, generous and just happened to be born white! He stated that he'd been watching me and my family and he was impressed by the way we interact, support and love on each other. He offered his friendship and stated that he wanted to be a blessing to us if we had any needs that he could help with.

When I asked God what was going on with this individual, He replied that this man was in need of some loving acceptance, minus the critical judgement and suspicion that I surely would have displayed before God dealt with me in this area! Even though this man, (and others like him) had come into my life with the purest of intentions, due to my mistrust, based on my own racial hang ups, I would have cut him off in an instant!

Father knew this and He clearly told me, that the limitations I'd had concerning race, had been unseen barriers in my heart and it was time for those strongholds to be broken down, so I could be free to give and receive love as He loves!!!

Then Father said this,

"I had to bring deliverance in this area of your life because I didn't want to see my son ignored, hurt and rejected by yet another woman, when He was just trying to love like me and be a blessing like me!"

When he said that, I immediately had to rethink the way I would be interacting with this gentleman and sure enough, the opportunity and the test, presented itself sooner than I expected.

As he and I had a conversation the very next evening, I was thinking about how easy it was to engage him and share my heart. He was open and attentive to everything I was saying and I became more and more appreciative of the wisdom he shared. As we talked, laughed and shared our life stories, at one point, I realized that the color of his skin had faded away and I was fully able to connect with the man, through his beautiful crystal blue eyes, and deep into his soul. And as my friend Bobbie had encouraged, I saw beyond his flesh and encountered his spirit as the words he spoke rang of truth and sincerity!

Now, I have had many conversations with those of different races, however, this encounter was different! I truly felt a transformation taking place in me, and I knew in my heart of hearts, that God was completing a work of deliverance and healing in the area of racism!

From the depths of my heart, soul and mind, I was no longer speaking with a "white" man, but a brother in the Lord, who was sharing his deep and abiding love for God and His people! 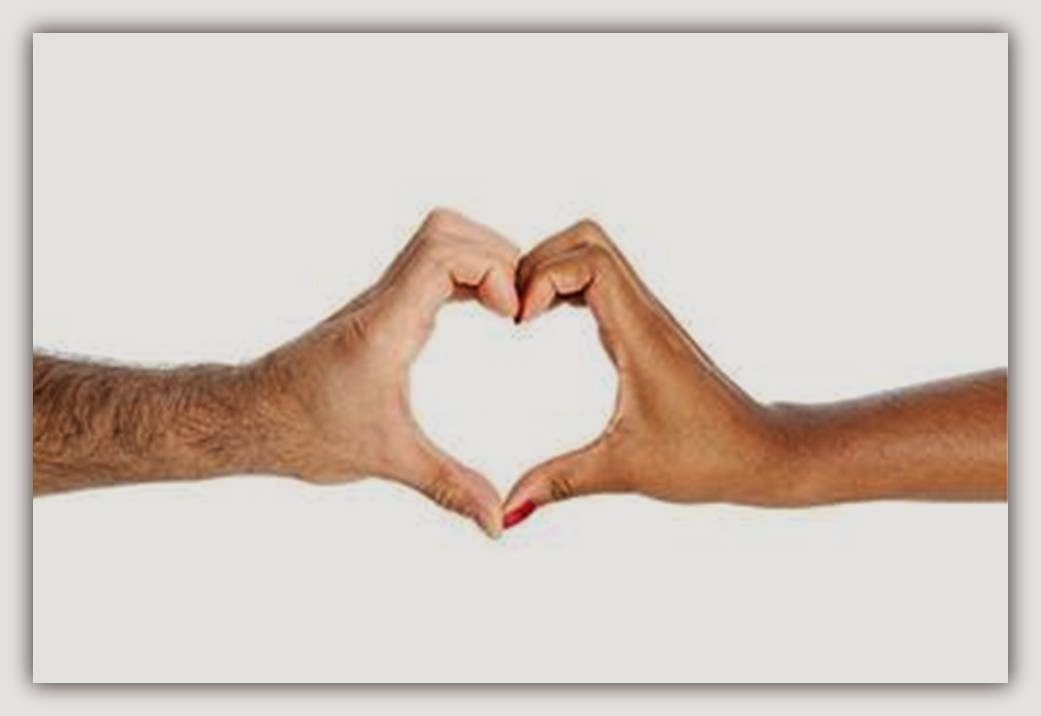 The running conversation in my head that had always told me, "You can't trust white folks..." was silenced as Father encouraged me to, "Go deeper than the skin and listen with your heart!"

And when I did, I got so blessed by this gentle brother with such a pure heart! He's no longer some white guy, who should carry the blame for the historically bad behavior of some of his ancestors... But instead he became my friend!

Believe me... When I walked away from that encounter, I was a changed woman! And all I can say is, "Glory To God For Healing Me!!!"

Now let me say this... I have no inclination toward anything other than friendship with this kind soul. But I'm sharing this to bring wisdom concerning how easily we can cut off a blessing because we don't like the package it comes in! I shake my head in shame as I consider how many times I've done that, especially when it comes to people who just happen to be born of the caucasian persuasion!

I can't deny that I have been one of those black women who cringe when I've seen biracial couples, walking together, holding hands, publically sharing displays of affection... as if just to spite others. I've been among those, who have counted the number of black couples in Hollywood and the sports world, taking notice of the black men who have chosen to love white women, when I should be celebrating that they've been blessed to find true and genuine love.

My heart has gone out to biracial people who seem stuck between two worlds, not fully able to fit into either black or white America. Even in that, rather than blaming the racist bigots who refuse to accept their choice of love, I've placed blame on the parents, who I felt selfishly placed their children in that uncomfortable situation. And even like my experience with Bobbie, I've secretly accused my black sisters of betraying the race and giving up on our black brothers, when they're chosen to tip-toe through the lily white tulips!  (Yeah... It's all pretty yucky... I know...)

Admittedly, all of this ugliness, was brought to the forefront as Father dealt with me this past week and challenged me to face it , release it and be healed from it. Being 50 years old, I had to face that I have 50 years worth of learned behavior, that could have deeply wounded this man, who God brought across my path, who was only trying to show me the love and kindness that God wants me to experience!

So know I challenge you, as you read this, to examine your own heart and ask yourself these questions... What barriers, strongholds, mindsets, criticism, mistrusts, doubts, angst of any kind do you hold toward those of a different race? Or disability? Or financial status? Or living arrangement?

What negative attitudes do you possess that could be blocking the blessing God has for you, only because it comes wrapped in a package you'd never see yourself opening???

Going even deeper, have you let the right person walk away because you thought they were the wrong color?

Selah... Pause and think on that!